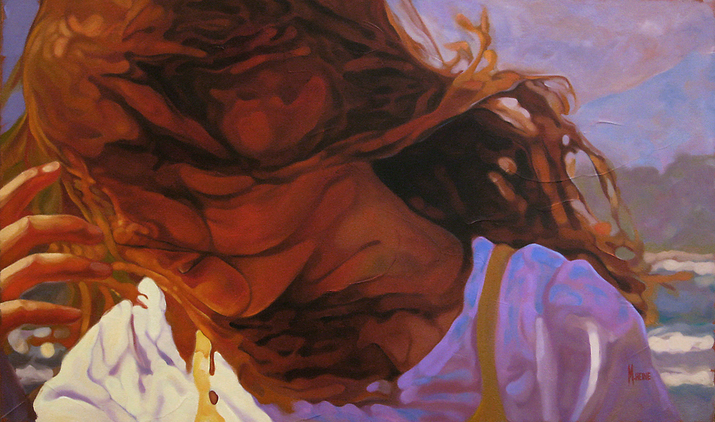 This is my youngest daughter Sarah, now 10 years old. We’re on Long Beach, near Incinerator Rock, one of the most popular surf destination on the west coast of Vancouver Island in British Columbia, just outside the small town of Tofino.

I see Sarah caught in a blur, between stuffed toys and an emerging interest in fashion, boys and rock and roll. Her persona changes with her variable confidence level. At times, she dips her toes into the alien waters of adulthood. At other times, when she’s feeling vulnerable, she retreats to the familiar safety of her stuffed critters. There are also many times when she has to assume responsibility beyond her years, because of the circumstances of our lives. She does so with dependable, if occasionally eluctant, grace.

Yesterday, in an enthusiastic phone call, she proudly announced to us that she had walked home alone, from her new school, for the first time. I masked my fear with enthusiasm. I know that independence is a work in progress, but I’m still a father who’s separated from her, at too great a distance to immediately protect her as she makes these strides.

Is 10 years enough time in which to develop the senses necessary to support the degrees of independence she desires or is asked to undertake? Its an age-old question, always being applied to a changing world. Is it less safe now than when I walked to kindergarten on my own at age five? Or does it just seem that way?