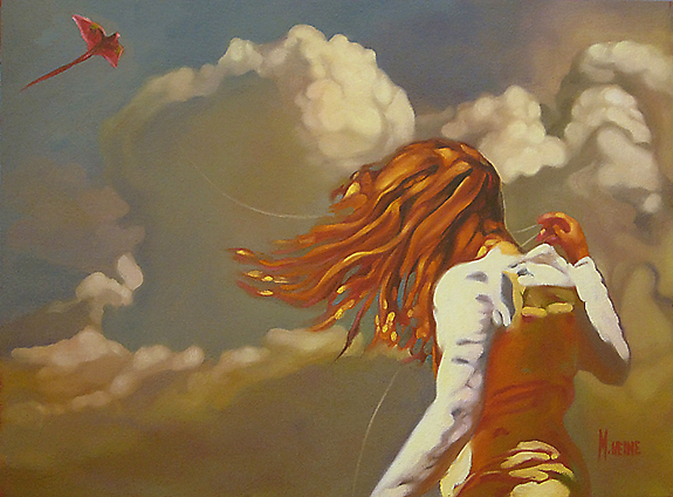 This is Sarah, my youngest daughter, on Long Beach near Tofino, BC. She is nine. This is the final hours of our week-long family beach holiday in late August 2008. We’ve stopped at Incinerator Rock, a popular surf spot, for a last look at the wild and open Pacific, before turning inland toward home, school and work. A good steady breeze blows in from offshore, whipping up some big breakers – especially large for summer conditions. Even the locals are out surfing today.

There’s something very different about the open Pacific, in comparison with the waters around Victoria. Perhaps it’s the sense of vast space, and the thought of how fragile we all are in comparison.

My father and I passed through Prince Rupert some years ago on our way to Kitimat to teach a weekend painting seminar. We stayed overnight after travelling up on the now-sunken Queen of the North ferry. During an after-dinner waterfront stroll, we came across an interesting site: a Shinto-style shrine to a lost fishermen, built by the local guild of Japanese-born commercial fishermen, “doing unto others.” There was a beautifully detailed Japanese fishing boat enclosed in a brightly coloured, open-sided, temple-like structure. According to the plaque, this 20-foot boat and its owner had disappeared one day while fishing not far off the Japanese coast. The derelict hull washed up on the rocks near Prince Rupert three years later. It was estimated that the hull had, on the ocean’s breeze and prevailing currents, circled the Pacific three times before eventually finding shore.

That impression of the power of the Pacific’s wild and open air has stuck with me for 15 years.   Mark Heine